It was touch and go for the better part of yesterday’s action, but as the closing bell approached and hopes for stimulative action took shape, the S&P 500 finished strong. All told, the index gained 0.8% on Thursday, pushing up and off a key technical support level.

Nvidia (NASDAQ:NVDA) led the way with nearly a 5% advance, as it’s one of the names pegged as the biggest beneficiaries of central bank support for economic growth. General Electric (NYSE:GE) wasn’t far behind with its 2.3% pop, driven by bolstered hope that it will be able to dig its way out of the hole it dug itself into after all … with the market’s help.

At the other end of the scale, Snapchat parent Snap (NYSE:SNAP) fell 3.4% in response to news that rival Instagram launched a “Threads” feature, while shares of booze company Constellation Brands (NYSE:STZ) sank 6% after posting its second-quarter results. Although it topped expectations, investors are increasingly concerned about the adverse impact its failing investment in cannabis company Canopy Growth (NYSE:CGC) is making on the bottom line.

Headed into the final trading day of the week, it’s the stock charts of Wells Fargo (NYSE:WFC), Micron Technology (NASDAQ:MU) and Johnson Controls (NYSE:JCI) that have earned the closest looks. Here’s why. 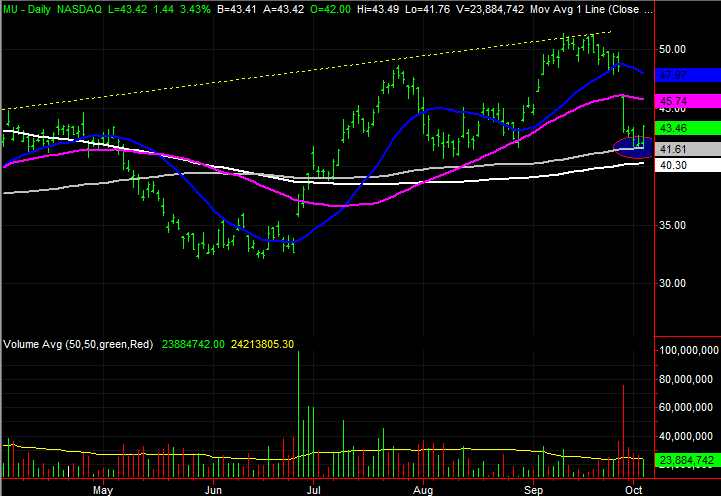 Most stocks logged a gain yesterday, so the fact that Micron Technology shares did the same isn’t terribly remarkable. Yet, there is something especially noteworthy about Thursday’s — and this week’s — action. MU stock found support right where it needed to, and confirmed it’s pushing up and off that critical level. There’s still more to do, but this is an ideal start. 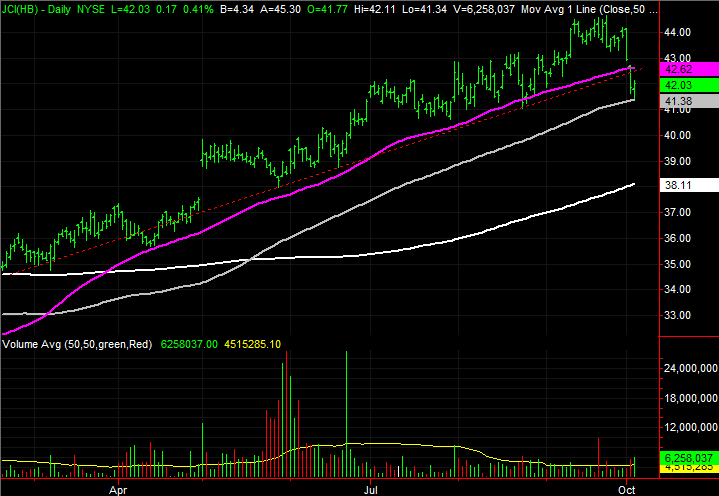 This year’s turnaround rally from Johnson Controls was impressive to be sure. But, no intellectually honest trader could deny that it has been slowing down the entire time. What is surprising is how abruptly that effort came to a screeching halt between Tuesday and Thursday.

The scope of the plunge (along with Wednesday’s bearish gap) sets the stage for a dead-cat bounce, along with another subtle development. But, it’s more possible — and perhaps even likely — that too much damage has already been done to leave room for a quick rebound. 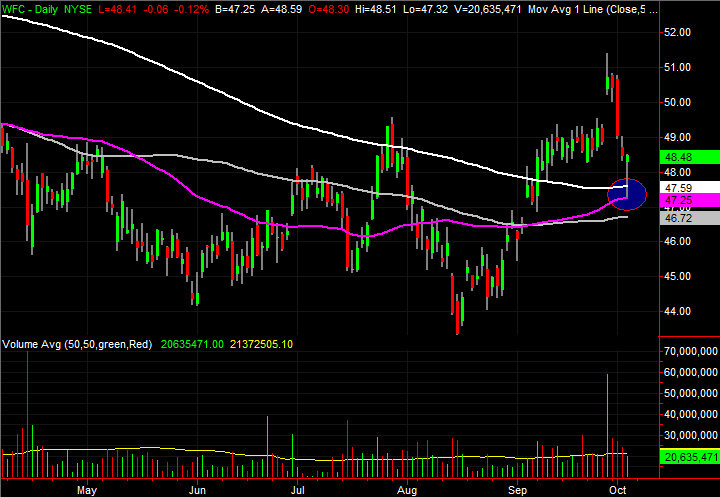 The last time we looked at Wells Fargo back in late April, shares had recently completed a head and shoulders pattern. In fact, for good measure, WFC stock wasn’t even going to recover without pulling back again from the first rebound effort. The stock has been drifting lower since … until last month. That’s when shares started to form a rebound effort that has gelled nicely in the meantime. Thursday’s bar largely seals the deal; one more catalyst would complete the rebound effort.

As of this writing, James Brumley did not hold a position in any of the aforementioned securities. You can learn more about James at his site, jamesbrumley.com, or follow him on Twitter, at @jbrumley.