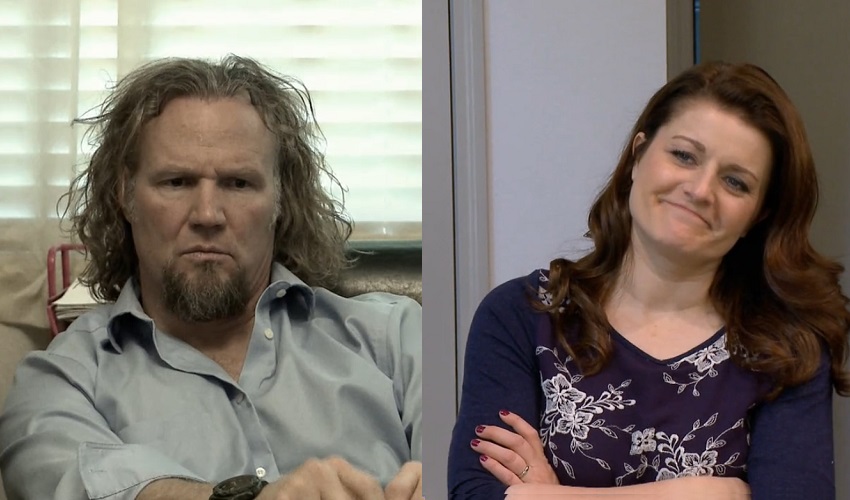 Sister Wives star Kody Brown is usually pro-active when it comes to keeping the Brown name and his TLC show fresh in the minds of the viewers. Since the last season rolled to a stop, Kody Brown remains oddly quiet. The same goes for the fourth wife of the Sister Wives patriarch.

It looks like both Kody Brown and Robyn Brown mysteriously disappeared from anything Sister Wives related. Besides a couple of political retweets that have to do with the laws of polygamy, Kody mentions nothing about his show.

Sister Wives: Kody Brown and Robyn Brown In Do Not Disturb Mode?

When it comes to Robyn Brown – she mentions nothing at all about anything. She just stopped with her online presence altogether. Robyn’s My Sister Wife’s Closet online store stopped taking orders back in March. The pop-up disclaimer relays that the store is updating and not taking orders at this time.

So what is going on with Kody and Robyn Brown? It’s not as if the family got together and decided to lay low for a while. If that were the case then Meri Brown, Janelle Brown, and Christine Brown apparently didn’t get that memo.

Meri Brown is online daily updating her followers about her life and enticing them to her LuLaRoe attire for sale. Janelle Brown and Christine Brown don’t post as often as Meri Brown does online, but they’re frequently updating followers on their kids.

It’s strange to the Sister Wives fans that Kody Brown and the wife that is rumored to be his favorite wife disappeared together from the public eye. When Meri, Janelle, or Christine share posts online, they don’t refer to the other spouses in this plural marriage. It’s like they’d formed into four separate families, which is something they didn’t want to happen with their Flagstaff move.

Meri, Janelle, and Christine talk about their family unit. Each Sister Wives mom seem to concentrate on their biological kids as if that’s their only family members. You see Christine with her kids and Janelle posting photos of her biological kids, but seldom is there a cross-over like years ago.

When Robyn came along with her three kids from a previous marriage, they immediately became part of the family. Robyn was seen with the other spouses’ children and her kids hung out with the other moms too.

This guy from TLC’s Sister Wives is the definition of nightmare fuel pic.twitter.com/TBCfzZ7gto

Then after Robyn gave birth to Kody’s two youngest kids, the Sister Wives moms all rallied around like one big happy family. But the pictures don’t seem to show this anymore. But today it seems like the photos convey one mom with her biological kids. That big happy family isn’t in the recent online pictures. Instead, there are three seemingly happy families, with Robyn being the forth but for some reason, she’s missing online.

What happened to the Sister Wives family? Did the distance between their houses in Flagstaff put a damper on things because their rental properties are so far apart? It can take up to 30 minutes for one wife to get to another wife’s home, Janelle said at one time about their living situation.

Sister Wives -Where Are They Today?

Still, this wouldn’t account for both Robyn and Kody going silent online. There’s nothing said about the house or houses they expected to build on Coyote Pass these days. If they broke ground there, for sure some astute fan would have snapped a photo of the building progress and put it online.

Other than Meri Brown keeping fans informed about her traveling for her LuLaRoe business, no one is quite sure what’s going on these days with the Sister Wives clan. While reports had the TLC cameras around the family once again a while back, nothing has surfaced about a new season since then. So the Sister Wives mystery continues today.

Come back to Entertainment Chronicles for all the news on Reality TV and TV Shows.