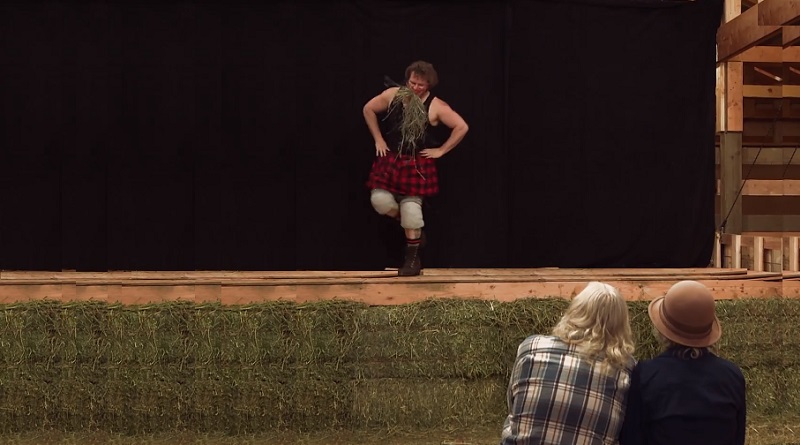 Alaskan Bush People mix the old with the new this season as they want to live like wilderness people but modern-life offers temptations. Gabe Brown tells the viewers of this reality show that his parents taught him a lot. So one of the things he attempts in the last episode is something people can’t live without. That’s according to mom and dad.

Gabe tells the Alaskan Bush People viewers that his parents taught him you can’t live without three things, “wood, water, and meat”.  Then he adds how his parents passed along a fourth thing you need for living and that’s entertainment.

Since the Alaskan Bush People brood grew up in the wilderness, entertainment wasn’t available. They had no television, Gabe tells the camera. So they improvised and honed in on their own talent and skills. While that sounds good, fans know it wasn’t all wilderness living. But for the sake of the show, it is.

The Alaskan Bush People talent shows apparently offered entertainment to a family far away from the nearest Cinema Complex. So as kids they put on dancing and singing shows for their parents. Gabe said the happiness this brought to his parents was the goal for these amateur hour events.

OK, what kid doesn’t perform for their parents at one time or another. Usually, that’s the rite of passage for someone who’s maybe 5-years-old. But the Alaskan Bush People tribe is full of adults. While the girls are still young, they’re past the age where kids like performing for mommy and daddy.

Sure, parents are traditionally tickled pink watching their little ones dance and sing. But watching grown men perform a dance, sing, or recite a verse they created themselves for mom and dad… well, that seems a bit odd.

Ami Brown and Billy Brown were the only two in the audience. The parents spilled over with pride as their men-children and daughters provided this entertainment.

When Gabe Brown made a beard out of hay and started jumping around singing in his boots and waving a stick, well… what a vision. His parents laughed and seemed to have a good time.

Rain and Snowbird also contributed to the show with their musical talents. Again even though they’re the youngest of the Alaskan Bush People clan, they still looked a bit too old for this.

With all the modern conveniences slipping into the episodes these days, you’d think someone would spring for a TV and a DVD player. This way they can all be entertained. Check out the video above to see the unbridled talent brought to this stage.

Tune in to the Discovery Channel on Sunday nights at 9 pm ET to catch the new Alaskan Bush People episodes from this new season.

Come back to Entertainment Chronicles for the scoop on reality shows, tv shows, and the popular soaps.