Alaskan Bush People star Bear Brown will become a first-time father when Raiven Adams gives birth to their first child next year. While the baby’s gender isn’t even known yet, plans to make Bear’s little cub a reality star is already in the works. Or at least that’s what Raiven passed along to the show’s fans.

It seems Raiven has collected her own fans since Bear Brown introduced her to the Alaskan Bush People followers. She did a Q&A segment recently where she answered some personal questions from her newfound fans.

One of the many questions she was asked had to do with the baby she’s expecting with Bear. One person asked if she plans to have her baby on the Alaskan Bush People show. It sounds like Raiven has no doubt about it. She seemed very sure that her baby is slated to show up on the Brown mountain, along with his baby cousins with cameras rolling.

Noah Brown and Rhaine Brown’s baby already made his debut on Alaskan Bush People. Now Raiven said their son or daughter will grow up with Noah’s son Elijah Brown, as well as another new baby. That would be the baby that Gabe Brown and Raquell Brown expect later this year. 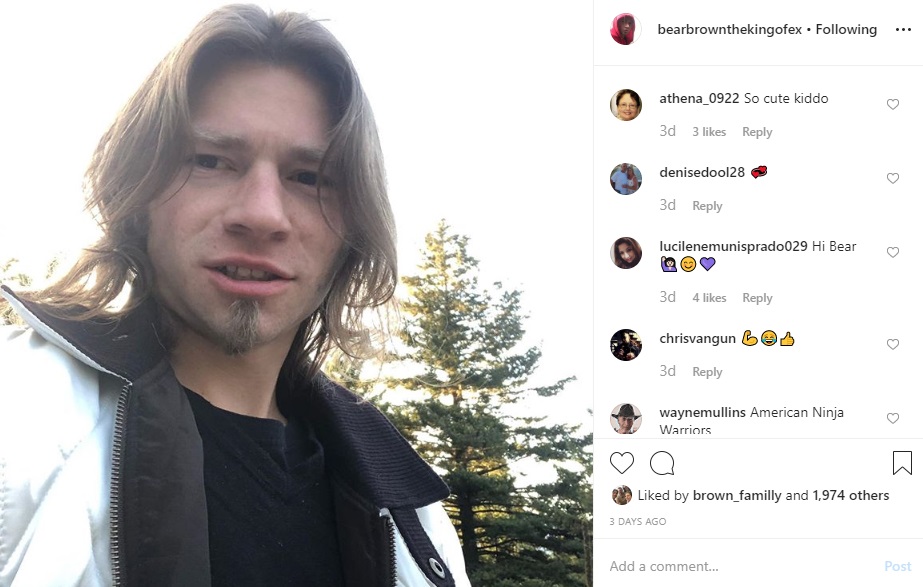 Back With Raiven But Something Has Changed?

Bear’s potential bride gushed over the Alaskan Bush People camera crew. She claims the crew will treat her baby just like they would their own. So she’s quite confident her little one’s reality debut will be filled with care and kindness.

She also reports Bear wants eight kids. It sounds as if he wants to one-up on Papa Billy and Mom Ami. The patriarch and matriarch of the Brown family have seven children together. Raiven said during this fan Q&A that she’s not sure about more kids.

She’s concerned about what all those births would do to her body. The Alaskan Bush People baby on the way for Bear and Raiven is expected to come into the world sometime this spring. It appears Bear Brown and Raiven Adams already have a few names picked out for their baby, but they’re not sharing that right now.

It looks like Raiven has settled in nicely to her new celebrity status. The couple got engaged after they found out Raiven was pregnant. Then they split not long afterward.

It seems Raiven and Bear found that after spending some time away from each other did them good. It made them realize maybe they should give it another go. So that’s what they’re doing today. They’ve reportedly reunited to become an Alaskan Bush People couple once again.

Although, the photos online and Bears posts seemed to be toned down a bit. At one point Bear couldn’t go a day without gushing over Raiven. Those days seem to be gone.

Now pictures of the two of them show up on their online sites again but they are older photos. It doesn’t appear the couple posted any new photos together since they’ve fallen back into each other’s arms.

This leaves some Bear Brown enthusiasts to wonder if they’ve reunited on paper only for the sake of the reality show. Only time will tell if the Bear-Raiven relationship is the real deal.

Come back to Entertainment Chronicles for the scoop on reality shows, tv shows, and the popular soaps.