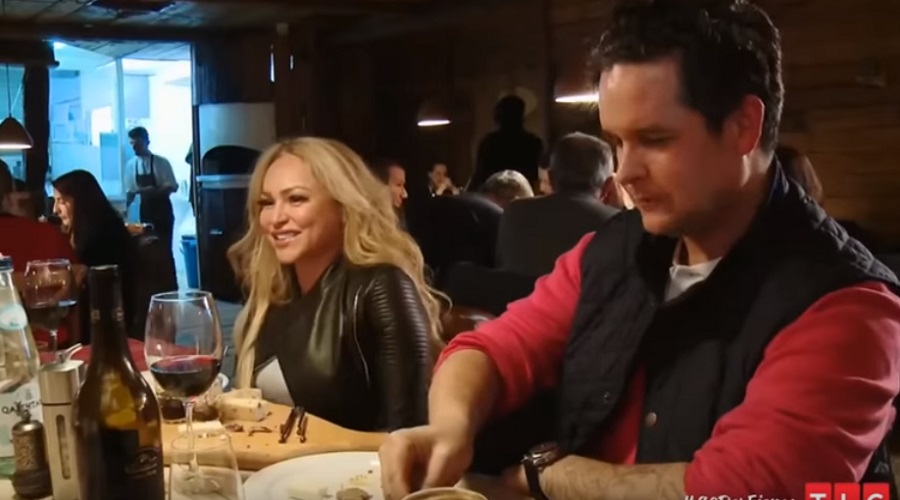 90 Day Fiance: Before the 90 Days star Darcey Silva is desperation personified this season as every pore in her body screams for Tom Brooks to love her. Darcey Silva and Tom Brooks do provide a good reason to tune into the 90 Day Fiance show. But the fan’s curiosity on Darcey’s next move seems to conjure up more pity lately for the Connecticut mother of two.

90 Day Fiance: Before the 90 Days – Pity Grows for Darcey Silva?

Darcey pitted herself against her twin sister Stacey Silva when she dragged Tom Brooks to Albania. During the epic 90 Day Fiance scene over drinks, each glass Darcey sucked down appeared to fuel more jealousy in her towards her sister.

Then there’s Stacey who may have secretly enjoyed watching Darcey squirm as she had what Darcey wanted. She squirmed alright and then she erupted. But Tom shot right back at her.

He told her just how rude she acted toward her sister. He did this with Stacey and her boyfriend Florian Sukaj within earshot. That went over like a lead balloon for the woman of perpetual tears on 90 Day Fiance.

Desperate Darcey wants Tom Brooks to love her. She wants an engagement ring on her finger and she’s made no secret of this. In hindsight, she sees the error of her ways in her latest confessional.

Well, maybe it’s the error of her sister Stacey’s ways. That’s because Darcey turns the table. She now blames her twin sister for all her problems with Tom in Albania.

Darcey believes if she just went with Tom’s plan to go off on a romantic getaway to Grand Canary she’d have that ring. She basically lets Stacey know that she didn’t appreciate the way she behaved with Florian while out together with her and Tom.

Stacey looked perturbed. Then asked Darcey if she blamed her for their bad night.

That’s when Darcey laid it on thick how she was uncomfortable while the two demonstrated their PDA. She felt Tom was upset. That’s when Stacey let her have it. She told her sister who sat there like a child who just had her doll taken away that it was Darcey’s issues Tom has a problem with.

Then comes the shot that landed right between Darcey’s eyes. Stacey said to her twin – “If he’s (Tom) going to walk away, he’s going to walk away from you because of these issues.” Then Stacey makes her exit as a moping Darcey sits hunched over in a chair.

If Tom doesn’t make his exit as soon as his TLC contract allows him, this British gentleman may just be a glutton for punishment. Tom Brooks probably had to put up with Darcey while he filmed the rest of the season. But folks can’t see him sticking around after that. It seems many of the 90 Day Fiance viewers don’t see this relationship lasting.